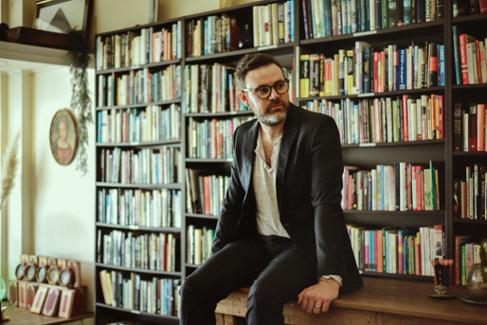 "Wake To A Bright Morning" is a collection of songs written and recorded in living rooms, spare rooms, friends' bedrooms, and the odd studio, between London and Brisbane over the past 3 years. It's been a labour of love and inspiration. There were no deadlines, there was no pressure, just Jack (and some talented friends) having fun and making music. Honest, layered, lyrical, emotive, and at times acerbic, "Wake To A Bright Morning" is the most accomplished work to date in a growing catalogue of award-winning gems, spanning indie-folk vignettes to cinematic chamber pop.

Jack has been making, touring and sharing original music since 2010, releasing six full-length studio albums and three EPs in that time, and taking home accolades including an APRA Professional Development Award. His songs have sent him around the world - touring extensively across Australia, The UK, Europe, North America and New Zealand, taking in festivals from Austin to Barcelona. Along the way he's written songs with the likes of Josh Pyke, Dan Wilson, The Once, Katie Noonan and Blair Dunlop, scored a #1 independent album, a Top 40 album, and, built a loyal, grassroots following through great songs and a powerful live show.